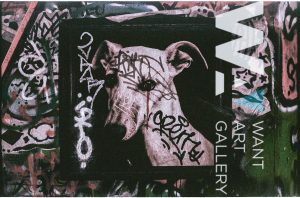 The New Talent is being presented by the Want Art Gallery.

Alec Malyshev is making his art works using expired film supplies as well old Soviet and European cameras for more than 10 years. The artist experimenting with lenticular photo by creating stereo photos and 3D images that reveal the aesthetics of textures and lighting effects with the tuning fork that comes from a film pattern. Its translucent, multilayered compositions combine an almost mystical atmosphere. Time, history, space sprit and images came together at this film crossroads under the raster of lenticular lenses.